Eastland - Travel Company
Irkutsk +7 3952 250-000
Moscow +7 495 624-40-06
Request a call
Destination Guide
About us
рус
en
en ру
Lake Baikal Tours Lake Baikal Cruises Ship rent
Listvyanka
Shaman Stone
Shaman Stone is the top of the underwater mount at the source of the Angara-river. The nature monument of the Pribaikalsky National Park. Today Shaman Stone is only 1-1.5 m above the water surface. The stone is avisible natural border between the Baikal and the Angara. The source of the river never freezes due to the fast current caused by the dramatic change in depths. In winter, you can see clear water around Shaman Stone and for some km down the stream.
Many legends are connected with Shaman Stone. According to the beliefs of the Buryats — the Angara and Lake Baikal natives- Shaman Stone was the habitat of the Angara-river lord— Ama-Sagan Noyon. Shamanic rituals used to be practiced on the stone. The stone served as a kind of "lie detector" - here criminals were brought and left for a night to find out justice. 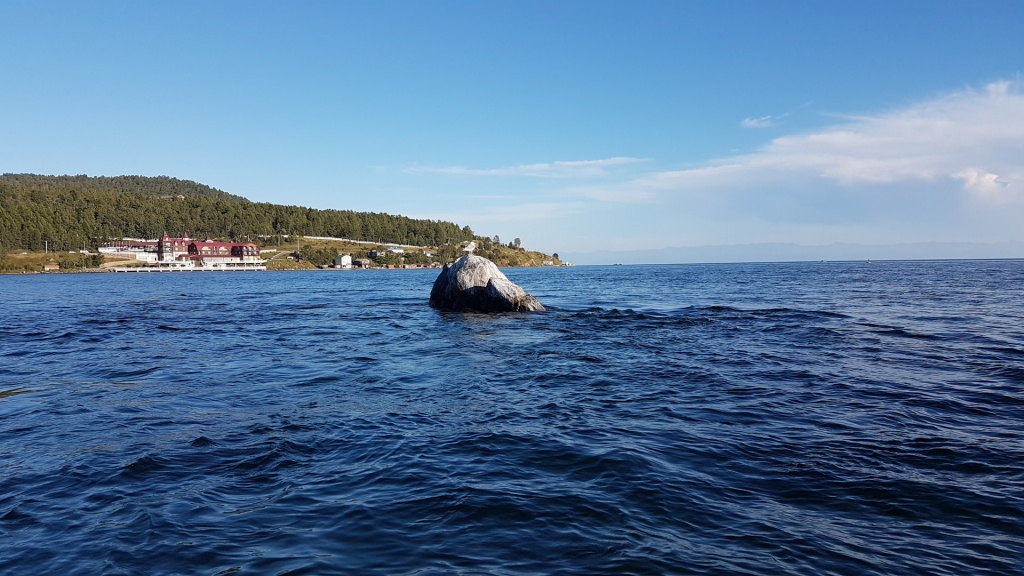 The most beautiful and famous legend is connected, of course, with the Angara-river. Father Baikal wanted his daughter, beautiful Angara, to marry a young hero Irkut. Nevertheless, Angara was in love with Yenisei and ran away from his father. Baikal got angry and threw a huge stone – Shaman Stone in his try to stop his daughter.

Shaman Stone can be visited in Listvyanka (do not confuse with Shamanka Stone on Olkhon island). The best way is to make a stop near the monument to Alexander Vampilov(a Soviet play writer) at the entrance to the village. Alternatively, climb up Cherski Stone with a help of a chair lift.
Possible activities:
In summer, you can take pictures of legendary Shaman Stone. In winter, the border between the Baikal and Angara looks very picturesque. In summer – by boat, and in winter – byhovercraft, you can come up close to Shaman Stone and even touch it.
Gagarin Blvd, 44
office@eastland.ru
+7 3952 250-000
st. Pokrovka 33/22
moscow@eastland.ru
+7 495 624-40-06
Request a call
Tours on Lake Baikal
Cruises on Lake Baikal
Ship rent
Guide
About us
Main office in Irkutsk
Gagarin Blvd, 44
+7 3952 250-000
office@eastland.ru
Representative office in Moscow
st. Pokrovka 33/22
+7 495 624-40-06
moscow@eastland.ru
Vkontakte
Write a review
© Eastlandturs Ltd., register of tour operators РТО 019809 Privacy policy