Cape Khoboy is at the very north of Olkhon island, 40 km from the village of Khuzhir (in the Buryat language – "canine, molar tooth"). The spectacular columnar rock, which looks like a sharp fang. The rock from the water resembles a female head and bosom profile. 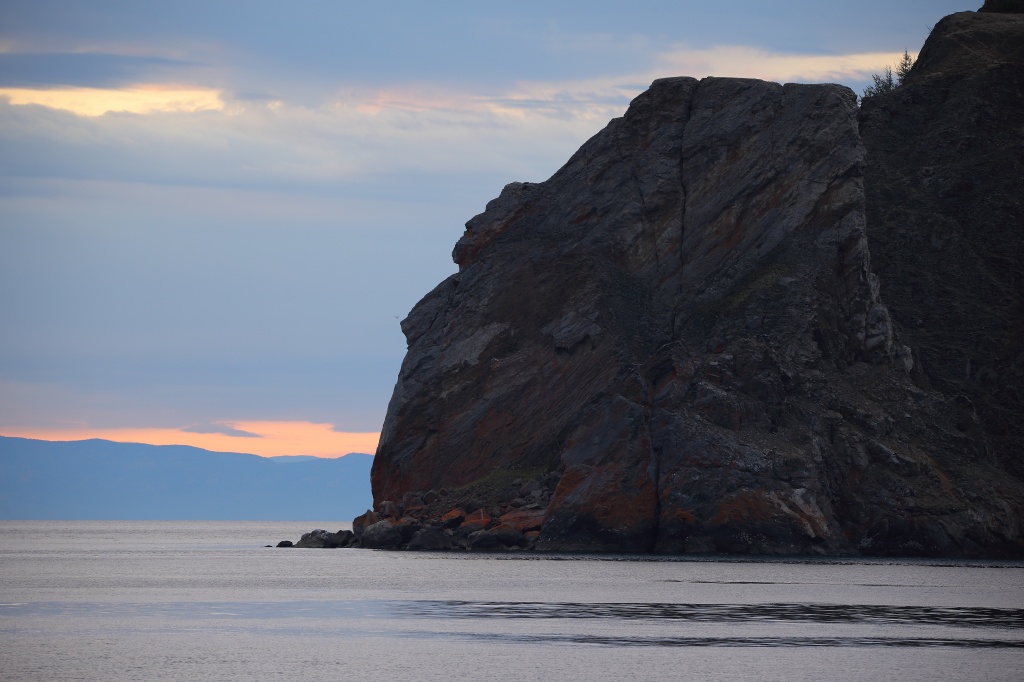 A legend directly related to the name of the Cape says that once a huge dragon flew over the lake and the island and dropped his sharp fang. The fang plunged deep into the ground and menacingly rises over the ground.

Scientists suggest that the legend is associated with the fall of a space body on the island (most likely a small meteorite). Such a local catastrophe that occurred many years ago and that would explain the strong geomagnetic activity on that side of the island

You need to come to Olkhon, then, take a day trip to the north of the island to visit Cape Khoboy. In winter (February-March) the tour is held on the ice of Lake Baikal, and there is an opportunity to see the picturesque profile of the Cape.

•        Observation area. The Cape is located near the widest part of Lake Baikal. In good weather, from the top of the mountain in front of the Cape you can see the outline of the Peninsula of Svyatoy Nos, which is on the opposite shore fifty kilometers from Olkhon. It's great to watch a sunrise from there. And even later in the evening you can catch a mirage: a flying saucer or a floating shore.

• Virgo Rock. The tip of the Cape is crowned with a spectacular columnar rock resembling a sharp fang. From the sea, the rock resembles a woman's profile. According to a legend, that woman asked the gods - Tengris – the same palace as her own husband had. Tengris got angry at the greedy Buryat and turned her into a stone, punishing her that she would stand as long as there would be envy and anger on Earth.

•        Grottos. Rocks have deep grottoes near the water, oriented to the west and north. It is best to watch them in winter when they are frozen with necklaces of ice. The longest grotto reaches 22 meters length.

• A shamanic place. It is located west of Cape Khoboy. This site where shamanic all-Olkhon prayers – tailaghans – take places. 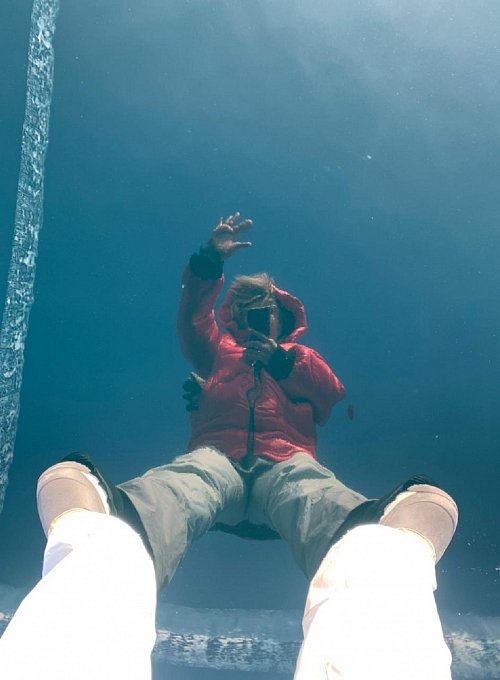