Irkutsk is a city in Eastern Siberia, the administrative center of the Irkutsk region. The city is located in the valley of the Angara-river, at the confluence of its two tributaries — the Irkut and the Ushakovka, 70 km from Lake Baikal. Irkutsk is an economic, transport, cultural and scientific center of Eastern Siberia, where more than 600 thousand people live. The TRANS-Siberian railway and the Baikal Federal motor road pass through the city.

The story of the city started with Siberian exploration. On July 6, 1661, a detachment of Russian Cossacks led by Yaakov Pokhabov founded the Irkutsk wooden fortressat the request of Prince Yandash, who was at the head of a local Buryat tribe, who was wandering along the Irkut-river. In the first years, the fortresswas called "Yandashsk". The first fortress did not stand long; it was built quickly in one summer to give a shelter to spend the winter. In 1670, Andrei Barnyshlev built a new fortress, which later was called the Irkutsk kremlin. 1693 – The year when the Irkutsk kremlin was rebuilt again. Some years before, the settlement had received the status of the city of Irkutsk and become one of the most important strongholds in Siberia. The kremlin increased in size, new towers with watch points and carved gallerieswere built. According to the inventory of 1697, Irkutsk kremlin had a commercial area with 11 shops, a special guesthouseto accommodate visiting merchants, a customs house, barns, cellars. In 1716, a fire broke out in Irkutsk, and turned the kremlin buildings into ashes. However, the kremlinwas rebuilt. By the end of the XVIII century Irkutsk kremlin lost its importance and was disassembled.

Now Irkutsk is the city where the story and modern life are combined. You can see the Church of the Savior (Spasskaya Church) – the first stone structure built in Irkutsk in 1710. Next to it, there is a modern building of the Regional government. 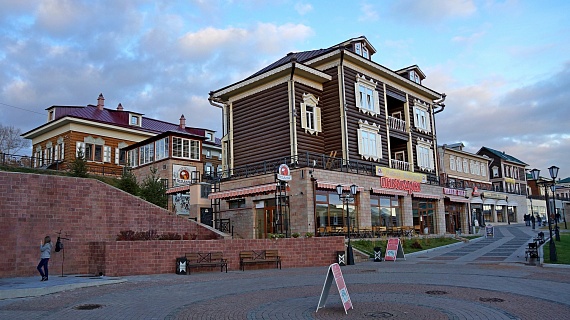 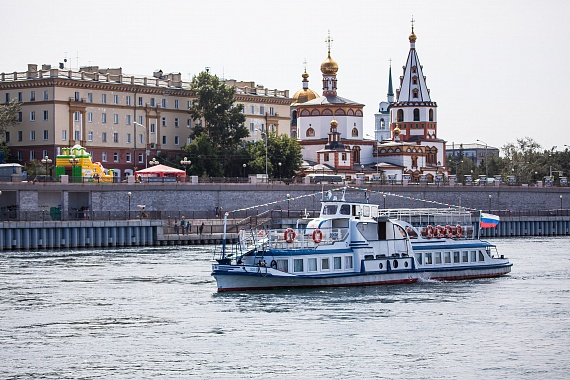 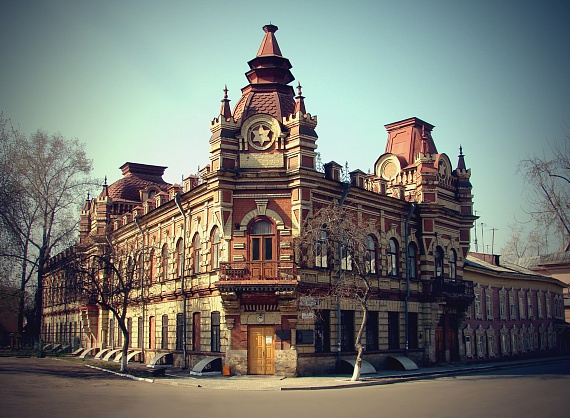 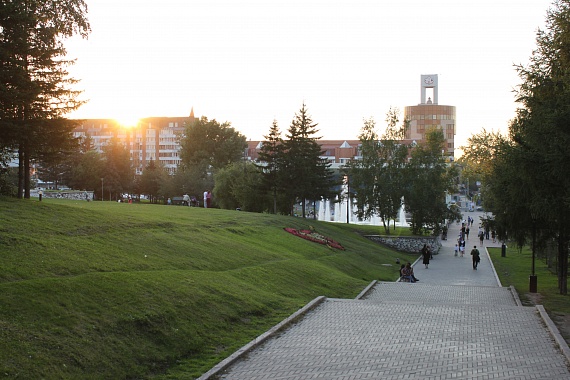 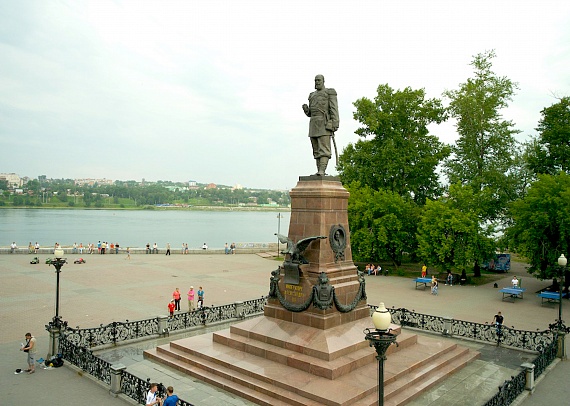 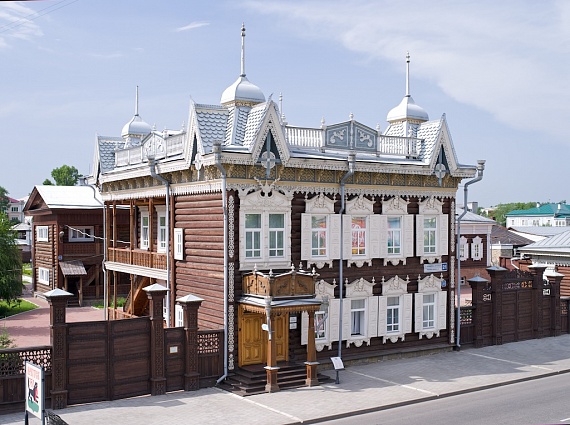 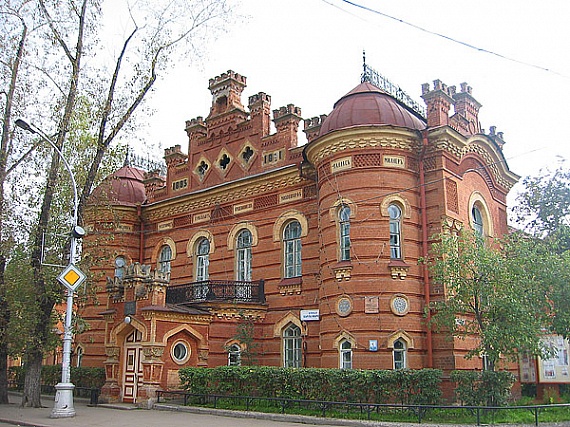 -Walk through the historical center of the city. Within the area of the Lower Embankment of the Angara-river you can see the place where first Irkutsk fortress was built in 1661, the oldest city building– Spasskaya Church, the monument to Yaakov Pokhabov – the city founder, as well as the picturesque Epiphany Cathedral and the Polish Church.

- Visit Gagarin Boulevard where the monument to Emperor Alexander III was erected (1908). Alexander initiated the construction of the TRANS-Siberian railway.

- Book a guided city tour to have a look at the city and hearmany interesting facts about it.

- Take a boat ride up and down the Angara-river.

- Walk around the tourist area of stylized wooden houses – 130th Quarter, with a planetarium, some expositions, souvenir shops, cafes and restaurants.

- Enjoy examples of original Siberian wooden architecture. The city has preserved many buildings with rich wooden decor. One of the most beautiful is the House of Europe. 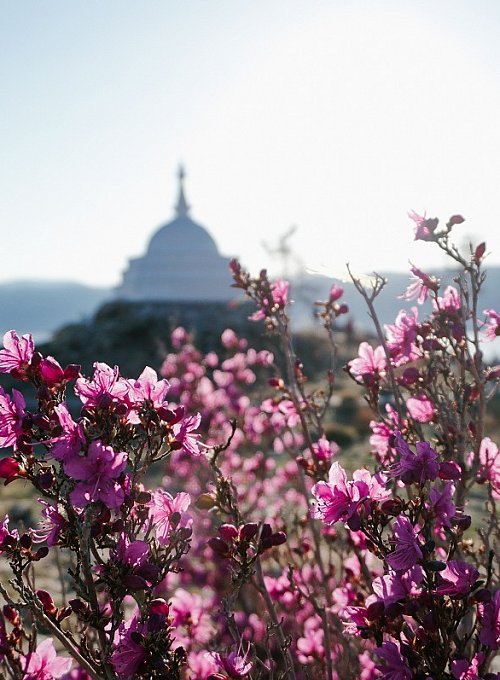 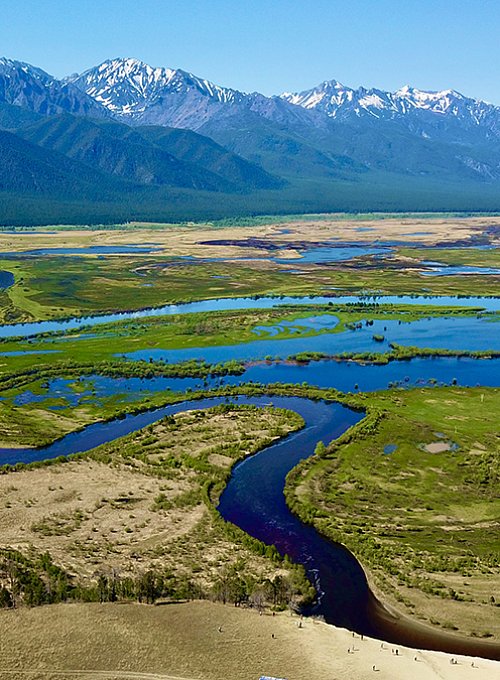 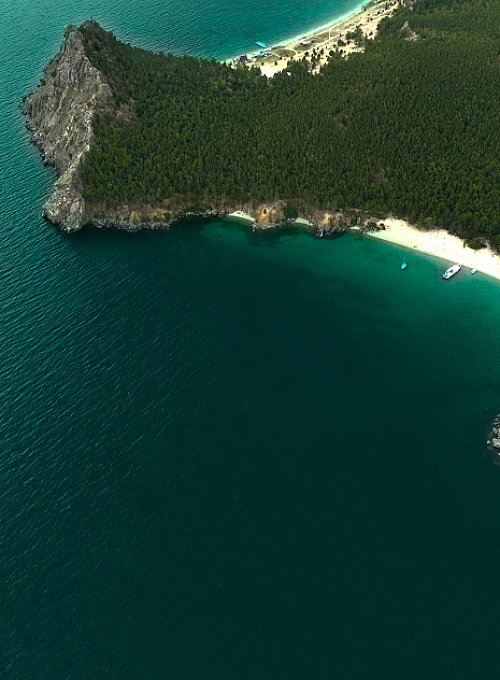 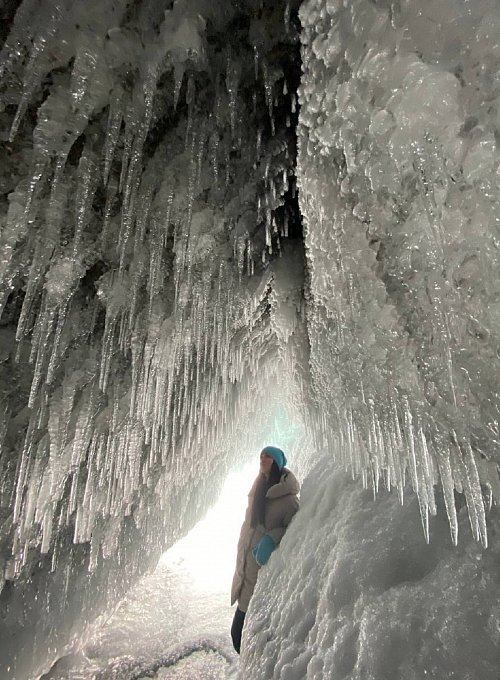