The Circum-Baikal railway (KBZhD) is an old section of the TRANS-Siberian railway from the village of Slyudyanka II to the Baikal Port, 89 kilometers long, which runs along the shore of Lake Baikal.

In 1891, Tsar Alexander III issued the Decree on the beginning of the construction of the TRANS-Siberian railway, "having ordered to begin the construction of the railway across Siberia, which has to connect the abundant gifts of the Siberian region with a network of internal rail links". The railway around the southern extremity of Lake Baikal was built in 1899-1905.
Up to the 1950th, the Circum-Baikal railway was operational as a part of the TRANS-Siberian railway. However, after the construction of the Irkutsk hydroelectric plant on the Angara-river, the water level in Lake Baikal rose by 1 meter and the railroad from Irkutsk to Baikal Port went under water. The TRANS-Siberian railway had to be laid in another direction through the mountains. The Circum-Baikal railway became a dead-end segment. In 1956, traintraffic stopped on the KBZhD. The second track was removed, some stations were abolished.

The KBZhD received the status of a historical and architectural monument and was taken under the state protection.

Today the KBZhD is mainly known as a tourist destination. The Circum-Baikal railway – a unique monument of engineering art. Thousands of tourists come here every year from all over the world to make sure of this.

There are 39 tunnels on the Circum-Baikal railway with total length of 9063 m (the longest of them — a tunnel through Cape Polovinny of 778 m), 15 stone galleries (currently only 5 of them in use) and three metal-concrete galleries, 248 bridges and stone viaducts, 268 supporting walls. The number of engineering structures on the KBZhDis impressive, has no equal in Russia, and it takes one of the first places in the world. 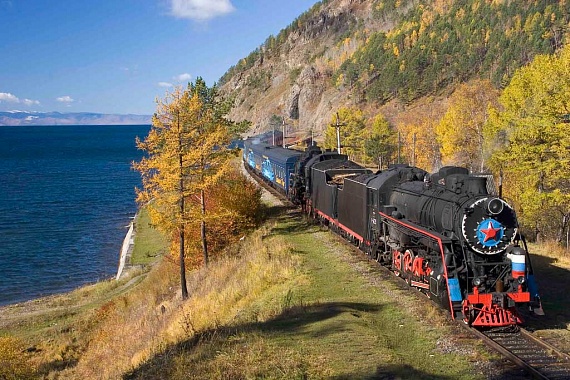 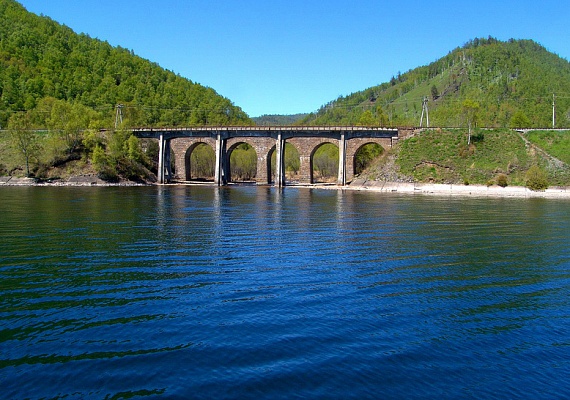 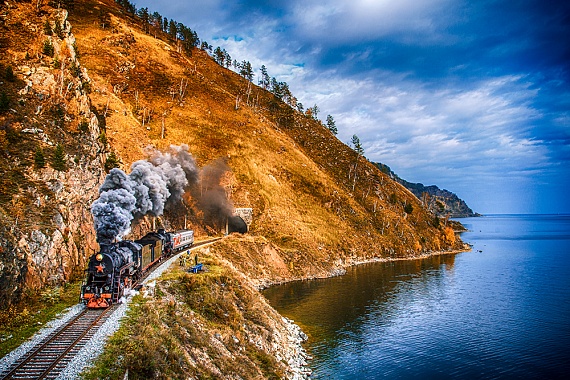 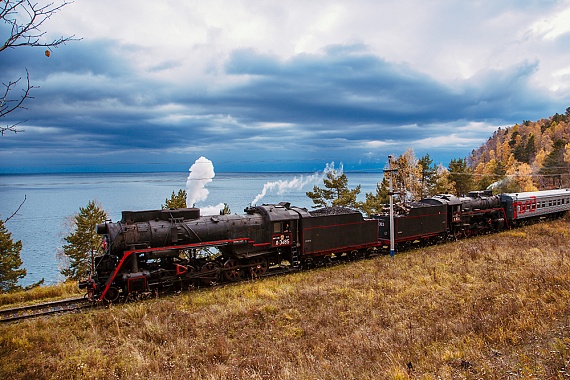 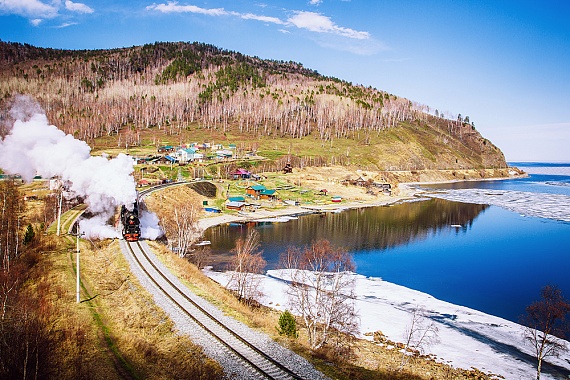 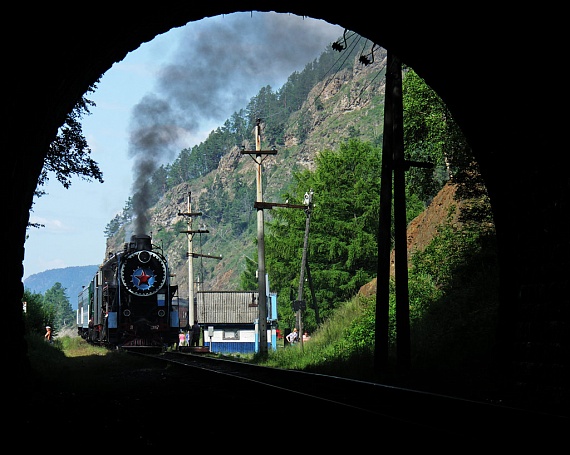 The Circum-Baikal railway is called "the Golden buckle of the steel belt of Russia". This is due to the unprecedented costs for the construction of the road.

You can take a day tour on a tourist train along the KBZhD. There are options – a modern rail bus or a real retro locomotive. In summer, the tour is available almost daily, takes a full day (12-14 hours). On the way, the train makes 4-6 stops at the most interesting places of the Circum-Baikal railway – Slyudyanka, Shumikha (the Italian supportive wall), a Cape Polovinny, Kirkirey, Sharyzhalgay, Angasolka, Baikal Port.

In summer, you can take a water tour along the KBZhD by "Barguzin" hovercraft. This is a good alternative to the train – the tour is less tiring (9 hours), and has three stops – Cape Tolsty, Shumikha and Cape Polovinny, and enough time for walking.

You can also go hiking, choosing one of the KBZhD sections.

-View numerous tunnels, bridges, viaducts and galleries, complemented by views of Lake Baikal. Be sure to visit the longest tunnel on Cape Polovinny and the curved tunnel on Cape Tolsty.

- Listen to guide stories about the Circum-Baikal railway. This place, in addition, is also associated with many legends.

- Have a picnic on the shore of Lake Baikal. If you go along the KBZhD by boat, the time for the picnic will be enough.